Over the last fortnight there have been two important funding announcements around substance misuse and criminal justice. In this blog we look at the detail of the announcements, how they will sit alongside existing programmes and what this means for government policy on multiple disadvantage. 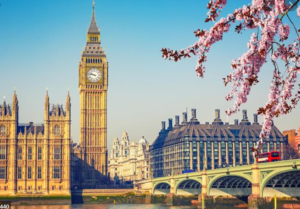 What has been announced?

On 20 January, the government announced £120m new funding to cut drugs crime and protect communities from crime caused by illegal drugs. This was followed on 29 January by £50m of additional resources to ‘keep prison leavers off the streets and cut crime’.

The drugs funding will see £80 million of new money placed into the substance misuse treatment sector, including a substantial amount specifically reserved to increase detox provision (this is on top of commitments made earlier this year to provide substantial additional money to improve support to rough sleepers with substance issues).

The promise to reduce the number of prison leavers ending up rough sleeping includes £20 million to be invested across five probation regions, to support prison leavers at risk of homelessness into temporary accommodation for up to 12 weeks. £6m has also been committed to roll-out staff across 11 prisons who will act as brokers to ensure people can access accommodation, healthcare and employment support services as they are released.

At the same time the government provided further details on two previously announced Shared Outcomes Fund programmes. Project ADDER will provide five local areas with a combined £28 million over five years to tackle drug misuse, crime and drug related death while the Prison Leavers Project will use £20 million to find and test new ways to prepare offenders for life on the outside and ensure they don’t return to crime.

These announcements are welcome. Over the past year substance misuse treatment services have worked tirelessly to continue to support individuals, providing increased flexibility and rapid access, while seeing increased levels of demand and reduced levels of funding. Similarly, prisons, probation and voluntary sector providers have tried to continue to support people leaving prison, despite extended lockdown conditions limiting access to resettlement services prior to release The new funding should enable services to provide more flexible and personalised support to individuals, many of whom will be facing multiple disadvantage, and reduce the number of people falling through gaps between services.

Both announcements, and the two related Shared Outcomes Fund programmes, place a strong focus on the multiple problems faced by individuals in contact with substance misuse and criminal justice services. Multiple government departments were involved in the announcements, from the Home Office to MHCLG to the Department of Health, demonstrating an increasing appreciation within government of the need to tackle complex issues through cross departmental working.  It will be vital that the different programmes are well connected and coordinated, and that oversight is provided by multiple departments working together collaboratively, setting a national example to be followed at a local level.

Although both announcements were described as measures focused on tackling and reducing crime they will hopefully bring about far wider benefits to communities and individuals. It is tackling the complex root causes of crime, as well as the immediate triggers such as a lack of housing and substance misuse support, that will have most impact in the long-term.

The commitment of government to look beyond departmental boundaries in how these programmes are developed, led and evaluated is very welcome. The programmes described above join a range of other recently announced programmes – most notably the £46m Changing Futures programme – in being overseen by cross-government mechanisms.

As these programmes start to mature, government will need to consider how the current oversight mechanisms and emerging evidence can be coordinated to collectively shape the next stage of government work on multiple disadvantage.  We look forward to supporting this work, informed by the experiences from across our networks.